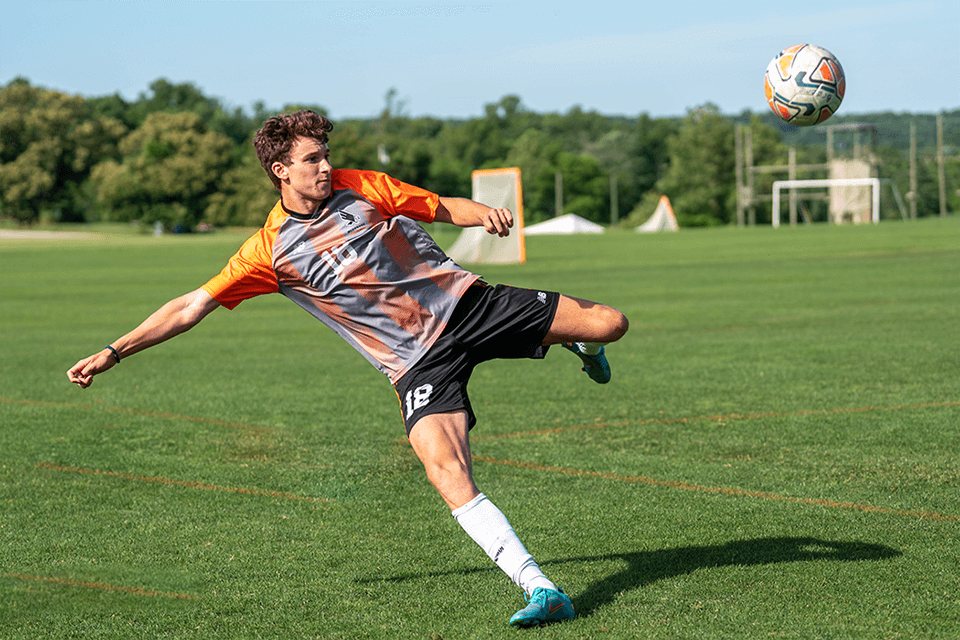 When Jacob Murrell ‘22 was asked to attend a soccer team meeting on Monday, June 20, he did not expect to be named Gatorade’s National Boys Soccer Player of the Year. The surprise presentation, attended by family, friends, teammates, and coaches punctuated his stellar McDonogh soccer career. The prestigious award recognizes not only outstanding athletic excellence but also high standards of academic achievement and exemplary character demonstrated on and off the field.

Jacob, who will be attending Georgetown University in the fall, told a reporter from the Baltimore Sun, “It’s a unique award in the sense that it doesn’t just measure what everyone sees on the field and it really measures being a well-rounded person.” He noted that nominees are judged on academics, faculty recommendations, character references from their own coaches as well as those from opposing teams, and how they give back to their community. “To be measured on those pillars is really special,” he said.

McDonogh Coach Brandon Quaranta told the Sun, “The best thing about him is not only is he extremely talented—fast, strong, can score with both feet—but he combines that with being the hardest-working kid I’ve ever coached. So when you get that combination, you get a special player.”

During the 2021 season, Jacob scored at least one goal in 21 of the team’s 24 games and finished with eight hat tricks.

The Gatorade Player of the Year award was established in 1985. Jacob Murrell is the second McDonogh player to be chosen for the award, joining former Eagles star Chris Agorsor, who was selected in the 2007-08 school year.