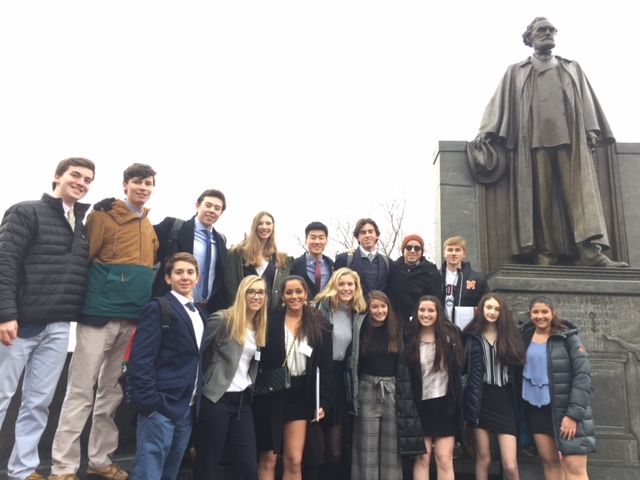 McDonogh's 16-member Model UN delegation traveled to Columbia University in New York City from January 17 to 20 for the annual conference simulating the work of the United Nations. During the weekend, McDonogh delegates participated in a variety of committees on topics including The Turkish Secession Crisis, The Court of Shah Jahan, Lincoln's Cabinet, and Canadian Maple Syrup Production.

The committee schedule was grueling, with some students being called to participate in midnight sessions, but the team represented McDonogh very well. The team was also able to explore New York during their downtime, including a stroll through Morningside Park.

Their hard work paid off as four members of the delegation were honored with awards. Hannah Saiontz '19, Maddie Puritz '20, and Madeleine Green '20 all earned Verbal Commendations, while Alastair Cho '19 won the Best Delegate Award.