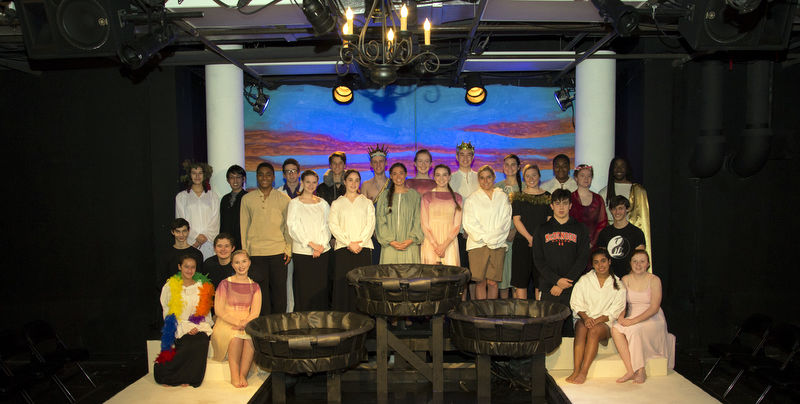 Metamorphoses, the dramatic production staged in the Osborne Black Box Theatre in November, had audiences on the edge of their seats. Congratulations to the cast and crew who were recently recognized with the following eight Baltimore Theatre Award nominations:

Best Performance by a Featured Actor in a Play
TJ Onwuanibe

Best Performance by a Featured Actress in a Play
Sarah Talbert

Best Ensemble in a Play
Chorus

The play by Mary Zimmerman is a series of vignettes based on Ovid’s tales, each of which reflect the idea of inevitable change. The juxtaposition of the ancient and contemporary in both language and image and the use of the pools of water in a variety of ways earned rave reviews from the audiences at the sold-out shows.

The Baltimore Theatre Awards program, "which celebrates excellence in high school theatre," is available to all Baltimore City and County public and private schools. The award ceremony will take place on Sunday, June 2 at 7:00 p.m. at Garrison Forest School.

Photos of the November performance may be found here.

arrow_backPrevious Story
What is The Good Life?
Next Story arrow_forward
PK Pedals for Pediatrics