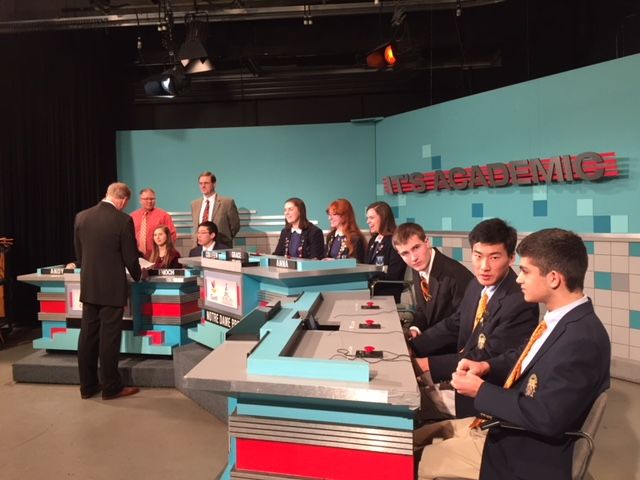 McDonogh's It's Academic team recorded an episode of the popular area high school game show on January 26. The episode aired over the weekend, and McDonogh can now proudly announce that the team of Nick Cox '19, Alastair Cho '19, and Noah Spector '21 won. The team defeated Fallston and Notre Dame Prep by more than 200 points and now advances to the playoffs.  The playoff match will be recorded on April 6 and if the team wins that round, they will travel to D.C. to represent Maryland against D.C. and Virginia teams in the final.