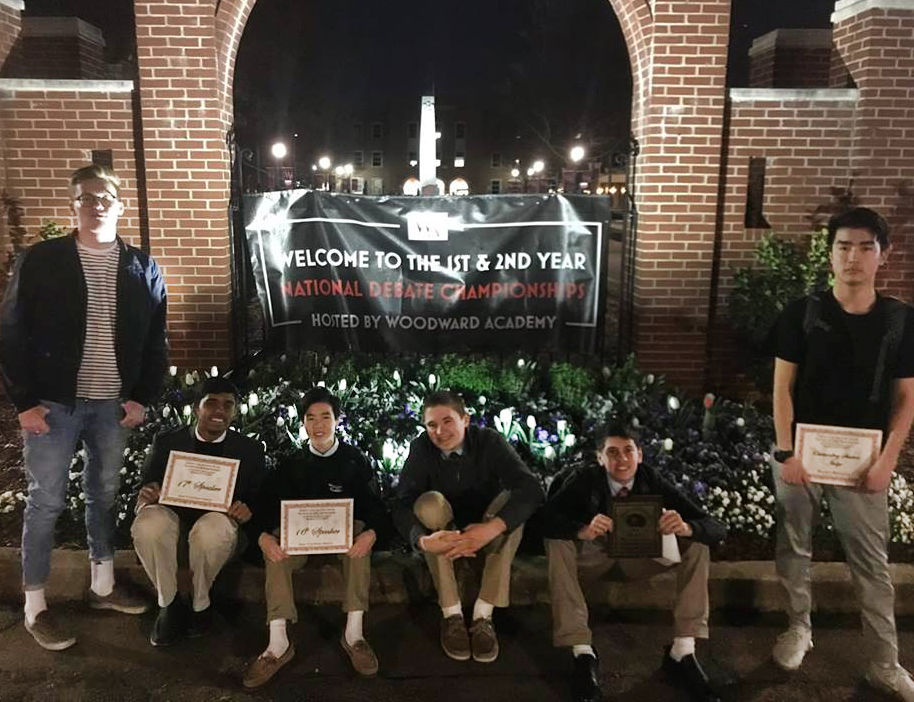 McDonogh fielded and qualified two teams to compete in the First and Second Year National Championships held at the Woodward Academy in Atlanta, Georgia on March 15-17. Avinash Thakkar '21 and Alexander Jones '22 debated as a team and finished with a 3-3 record. The second team, comprised of Jake Wang '22 and Valon Murthi '22, finished in the top sixteen teams. Thakkar and Wang both claimed Top 20 Speaker Awards out of a field nearly 100 competitors from all over the country. Along with the younger competitors, McDonogh debaters Nicholas Zuga '20 and Dylan Wang '20 also traveled with the team, acting as student coaches. Wang was named an Outstanding Student Judge for the tournament, marking the first time a McDonogh student has won the award.