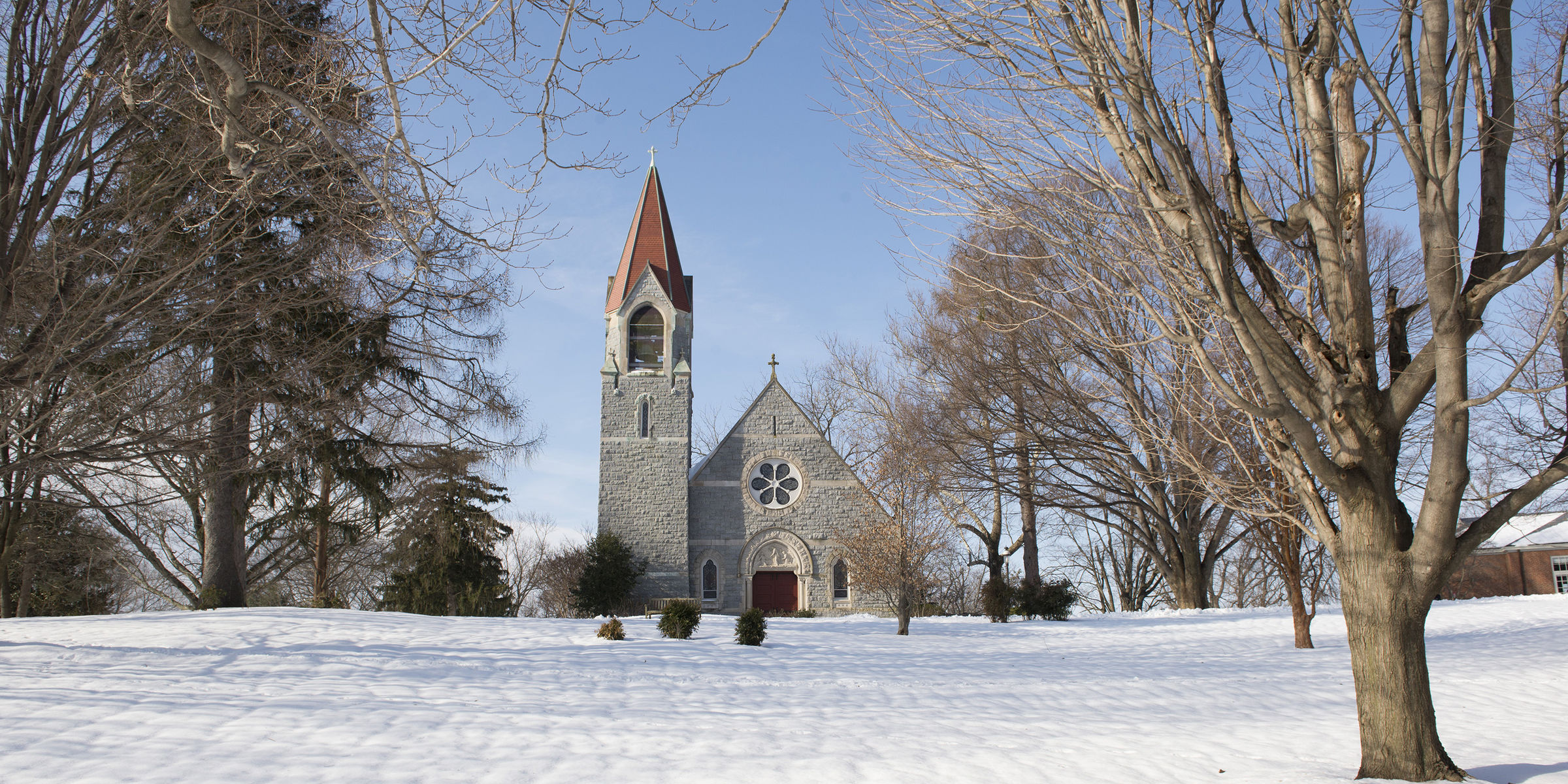 McDonogh School Carillonneur Buck Lyon-Vaiden will be giving a Holiday Concert on the bells in Tagart Chapel on Sunday, December 6 at 3:00 p.m. featuring traditional and popular music of the season.

To enjoy a livestream of the concert, go to mcdonogh.org/carillon.

The McDonogh Carillon, one of approximately 180 in North America and only three in Maryland, includes 48 cast bronze bells weighing a total of nearly 10 tons. The bells are connected with mechanical wires to a keyboard and a pedalboard. The keyboard is similar to that of a piano; it is split into two rows of spindle-like wooden keys that are struck by half-closed fists. The pedalboard, similar to that of an organ, controls the two lowest octaves. Repertoire ranges from original compositions to arrangements of classical music, hymns, and popular melodies.