The Eagles flew away with four championship titles in the winter sports season. On Friday, January 18, the girls indoor track team ran away with the IAAM A Conference championship crown defeating Maryvale and Mount de Sales and earning their first title since 2015. Read more here. 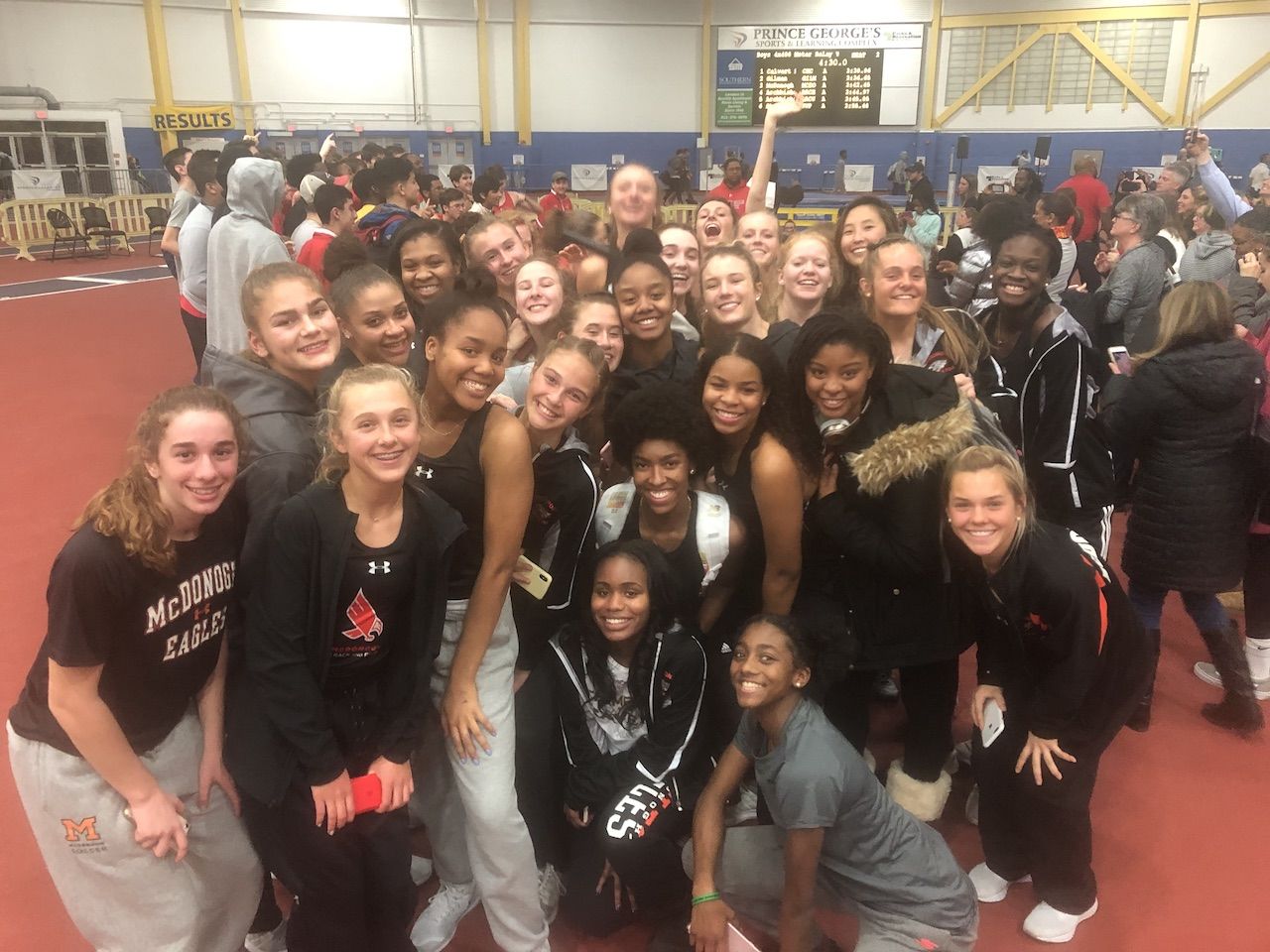 “This championship was huge for the girls because it showed them that the adversities that they face in life do not determine how far they can go or how much they can achieve,” says Coach Devin Robinson ’06. “Our girls won a track and field championship without having a track or field to practice and train on for much of the season. Instead of making excuses for ourselves, our coaching staff improvised and worked with what we had in order to ensure that our athletes were ready to compete.”

She adds, “Our captains did an amazing job of leading the girls and keeping the overall team confidence positive.”

The boys and girls swim teams were the next to earn championship titles. Over the weekend of February 2 and 3, both teams dove in, determined to defend their titles. On the heels of an undefeated season, the boys hit the pool on Saturday and battled their closest competitor, Loyola. 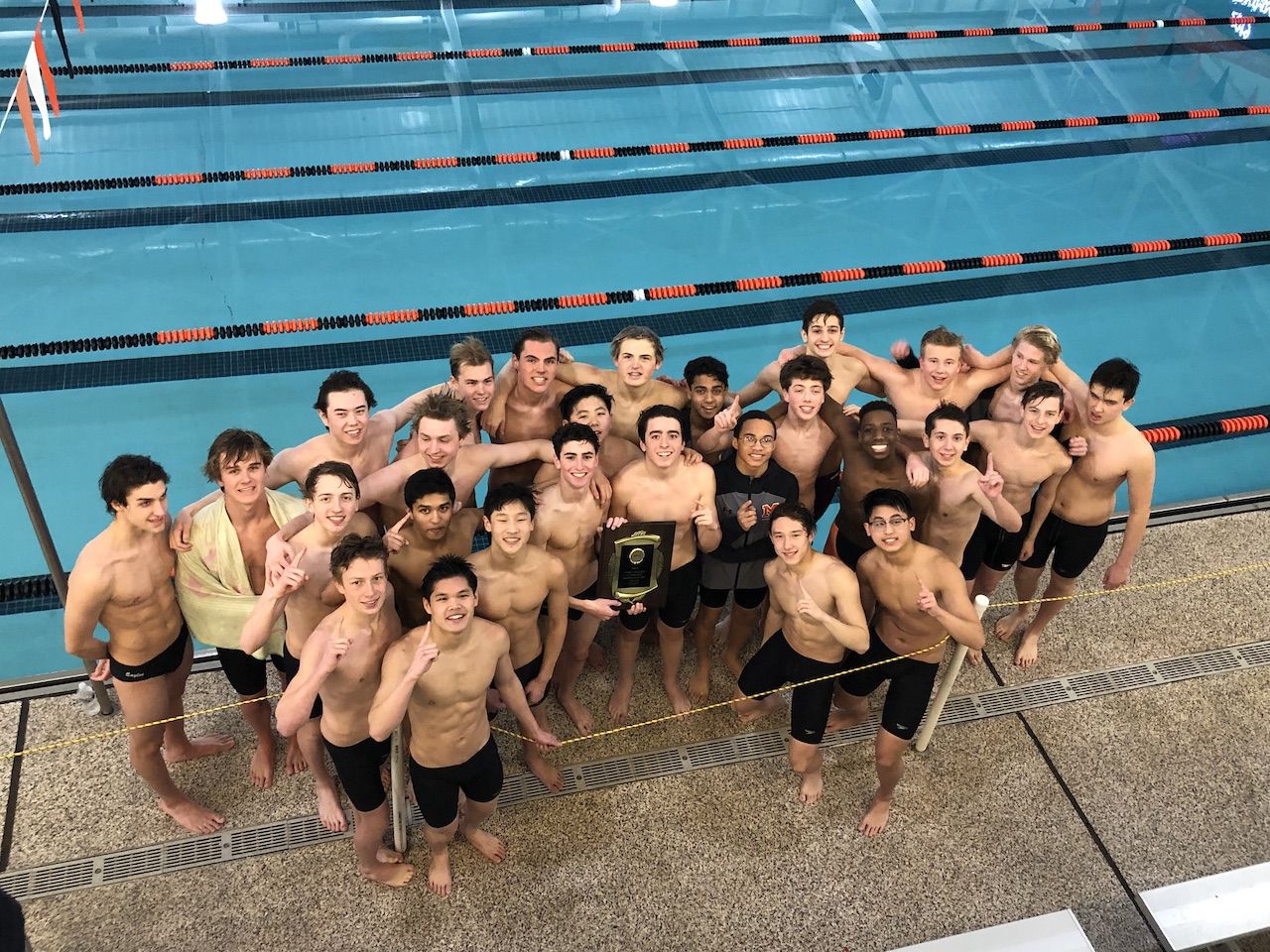 In the end, the Eagles finished 15 points ahead of the Dons to hold on to the MIAA A Conference title. In an interview on the MIAA website, coach Scott Ward said, “We knew it would really be a tough meet and would have to count on our depth. The guys really came through.” Read more here. 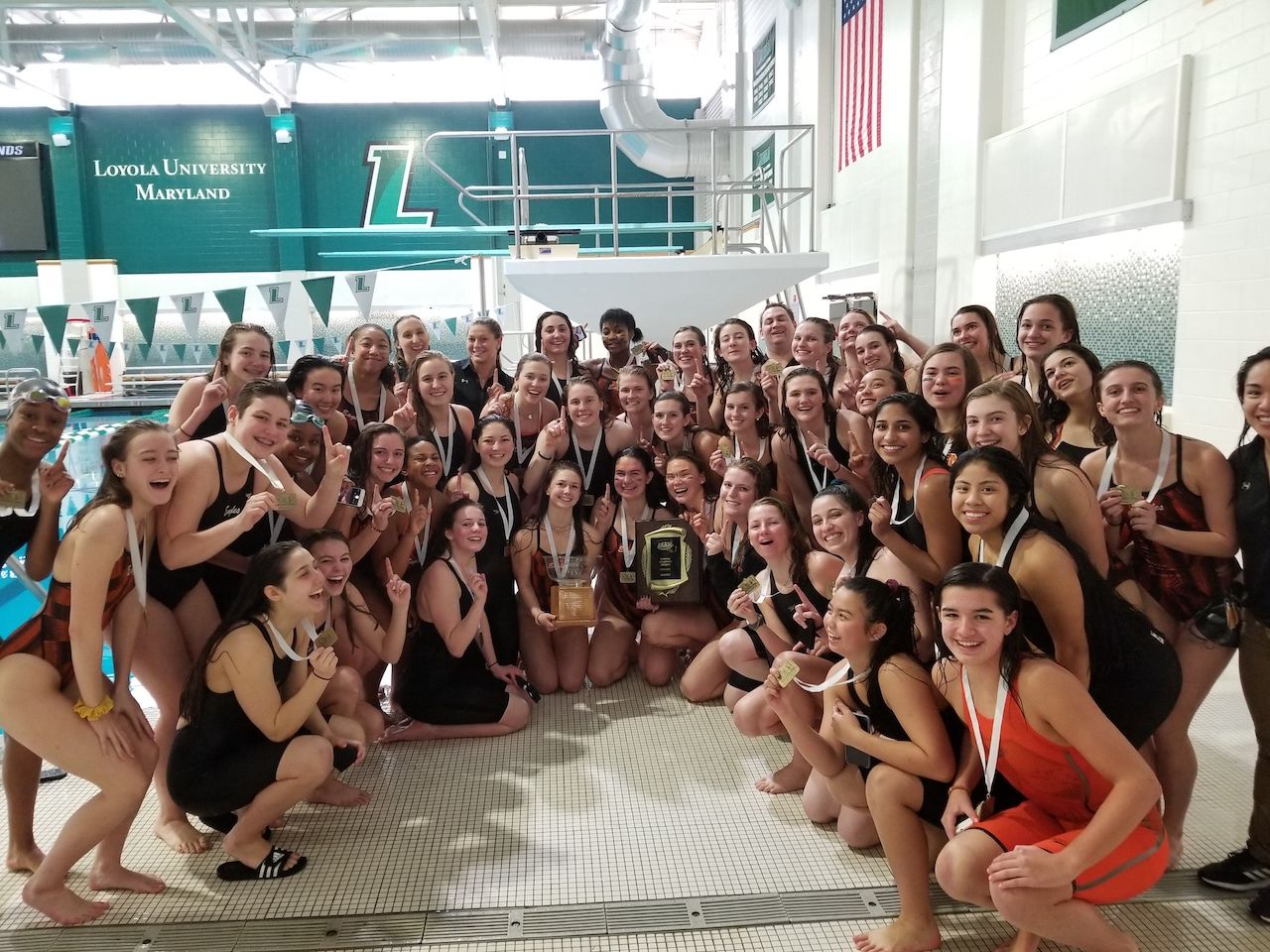 At Loyola University the following day, the girls swam to their fourth straight IAAM A Conference championship victory. Battling Notre Dame Prep, their closest rival, the Eagles swam each race with gusto. “It was tight through the first half (of the meet),” Coach Scott Ward said in an interview on the IAAM website. “They pulled to within four at one point and then we moved it to 19 (points). We had a bit of a comfortable lead after the 500, but I told the girls to make sure they swam hard to the end.” Read more here. 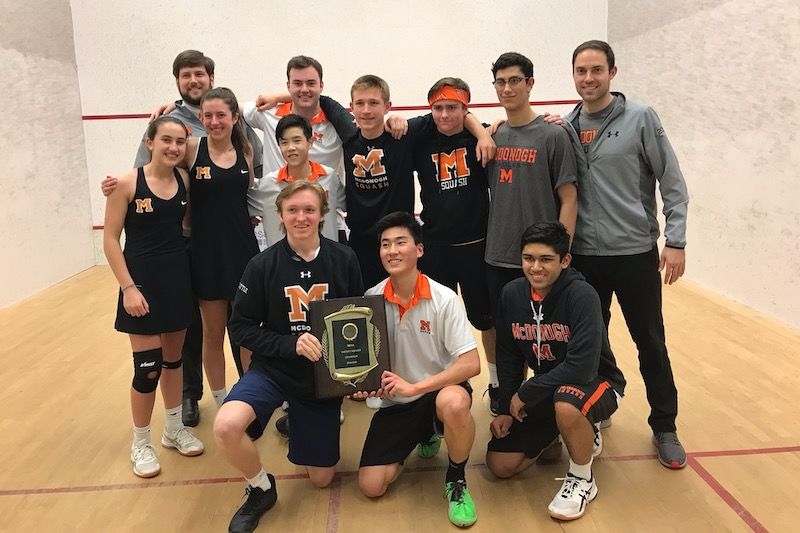 Fresh off earning the rank of #10 in the nation at the US Squash High School Nationals, the undefeated co-ed squash team competed in the MIAA championships on Wednesday and Thursday, February 6 and 7, at Meadow Mill Athletic Club. Team tonight who defeated Gilman to win the MIAA title for the second year in a row!