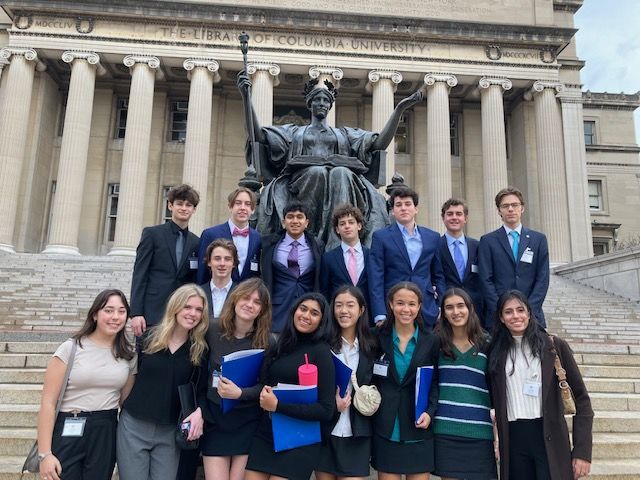 McDonogh’s Model UN team traveled to the Columbia University Model UN Conference in New York over the weekend of January 12-15 and returned to campus with many victories and renewed friendships. Congratulations to the 16 members of McDonogh’s delegation under the guidance of Joann Cho and to the following students who were recognized for their performance:

During the weekend, McDonogh’s delegation met up with two Model UN alumni who are thriving at Columbia. Daniel Kim ‘20 is the Under Secretary General of Committees at Columbia University and is responsible for creating and running many of the committees of the Model UN conference. “He got his start in Model UN when I took him to his first Model UN conference in 2019,” recalls Cho. “He joined Columbia University Model UN as a freshman rising up the ranks as Crisis Analyst, Conference Operations Fellow, Crisis Director and now Under Secretary General of Committees,” she proudly adds.