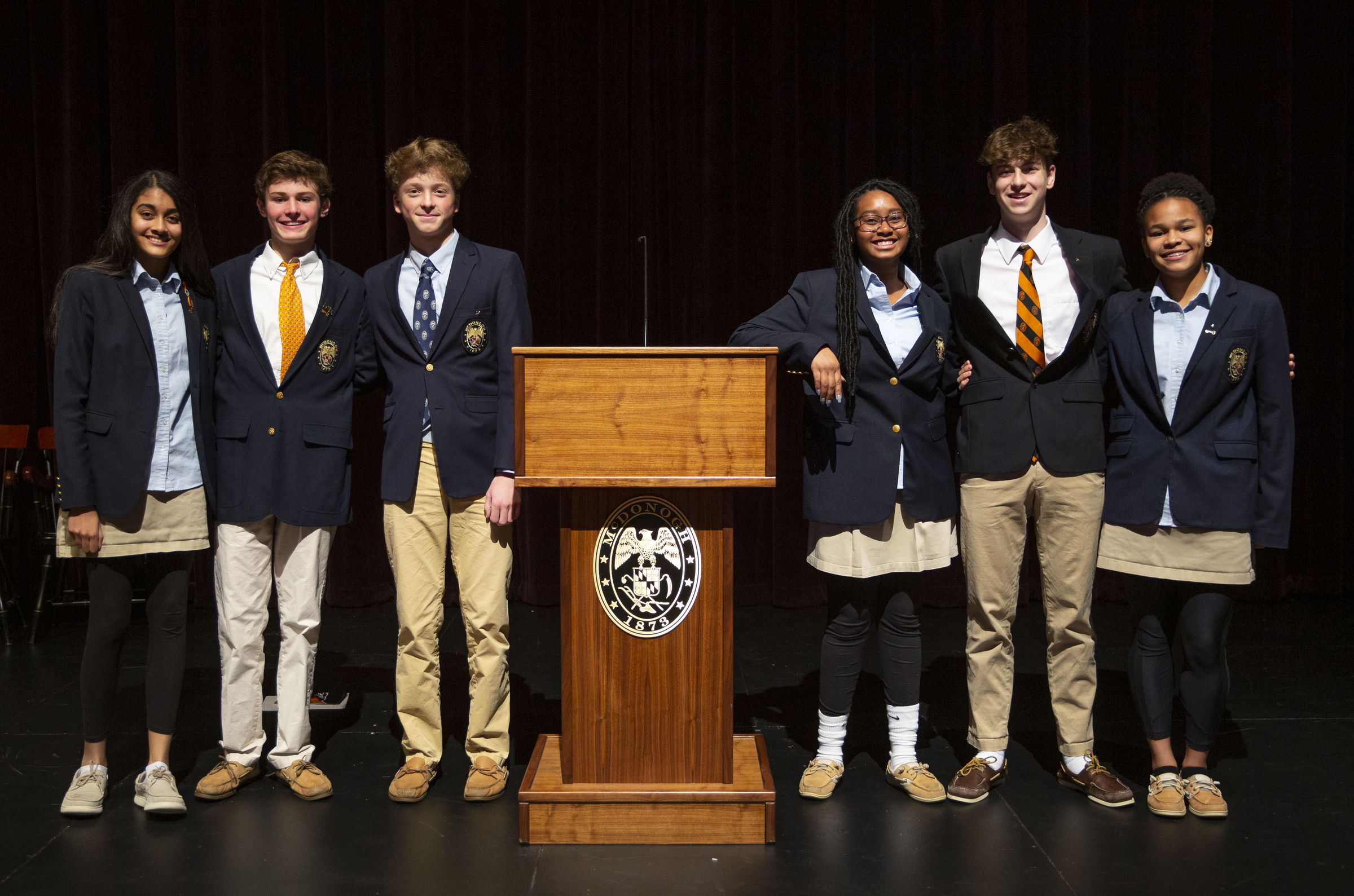 The 40th Annual Sophomore Oratory Finals featured compelling and polished speeches from five tenth graders who have been honing their presentations for weeks. Master of Ceremonies Sydney Smith hosted the competition on the morning of Wednesday, January 15 in the Ceres M. Horn Theatre.

Narrowed down from a field of 17 semifinalists, the five finalists addressed the following topics:

This year’s judges were Daryl Burch, Leah Frank, and the 2019 Oratory winner Avinash Thakkar ’21. After deliberating, the judges chose Nathan Pittroff as the winner of Sophomore Oratory and Delaney Thompson as the first runner-up. The winners we announced at an Upper School assembly on Wednesday, January 22.

The Sophomore Oratory Program is the culmination of weeks of work by the tenth graders. They select and research a topic that is important to them and spend many hours crafting a six-minute persuasive speech. The students deliver their speeches publicly for the first time during their English classes, and their peers select one orator from each class to advance to the semifinals. During the semifinal round, judges evaluate the classroom winners based on the quality of their arguments and the style of their delivery. The five finalists and the Master of Ceremonies are chosen from this group.