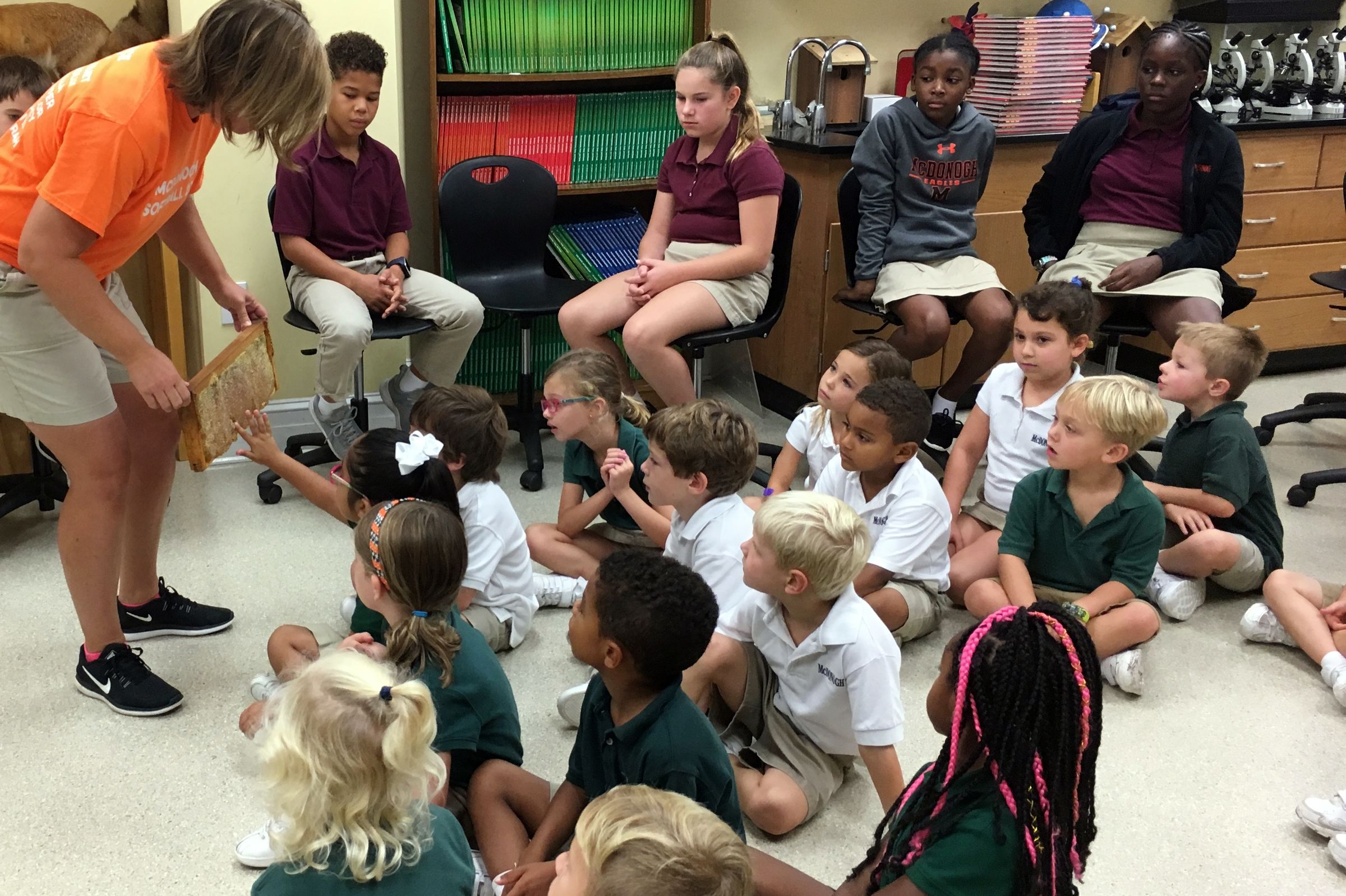 The hundreds of thousands of honeybees living at Roots were busy throughout the summer pollinating the crops, building the honeycombs, and producing delicious, golden honey. During the third week of September, beekeeper Courtney Gonzalez ‘P ’18, 20, ’22, ’25 visited fifth grade science teacher Kirk Robertson’s class to share the fascinating story of the bees with his students and to demonstrate the process of extracting their honey from the combs. The kindergarten classes were invited to join them.

Gonzalez showed the students the frames that she and her husband Darryl had taken from the beehive days earlier and held up the beekeeper’s suit she wore as protection from stings. As she scraped a knife along the honey-filled comb, which the bees sealed with wax, the nectar began to flow. After inserting the frames into an extractor and closing the lid, students took turns cranking the handle to spin the honey out of the combs.

“The best part is when you open the lid,” Gonzalez said. “The smell is wonderful, so of course, the next thing the kids wanted to do was to taste it.”

Throughout the demonstrations, student’s questions flowed like the honey.

• Have you ever been stung? Yes.

• How does the honeycomb get in the frame? The worker bees make the wax and the hexagon-shaped cells.

• How much honey does one bee make? In its lifetime, each bee will only make 1/12 of a teaspoon of honey.

Over the several sessions with the fifth graders and kindergartners, Gonzalez and her helpers extracted 70 pounds of honey. On Monday, September 24, Upper School volunteers reported to Roots for the final step in the harvest process—the sticky job of filling more than 200 jars with the sweet nectar.