Fifth and Sixth Grade Orators Have Something to Say 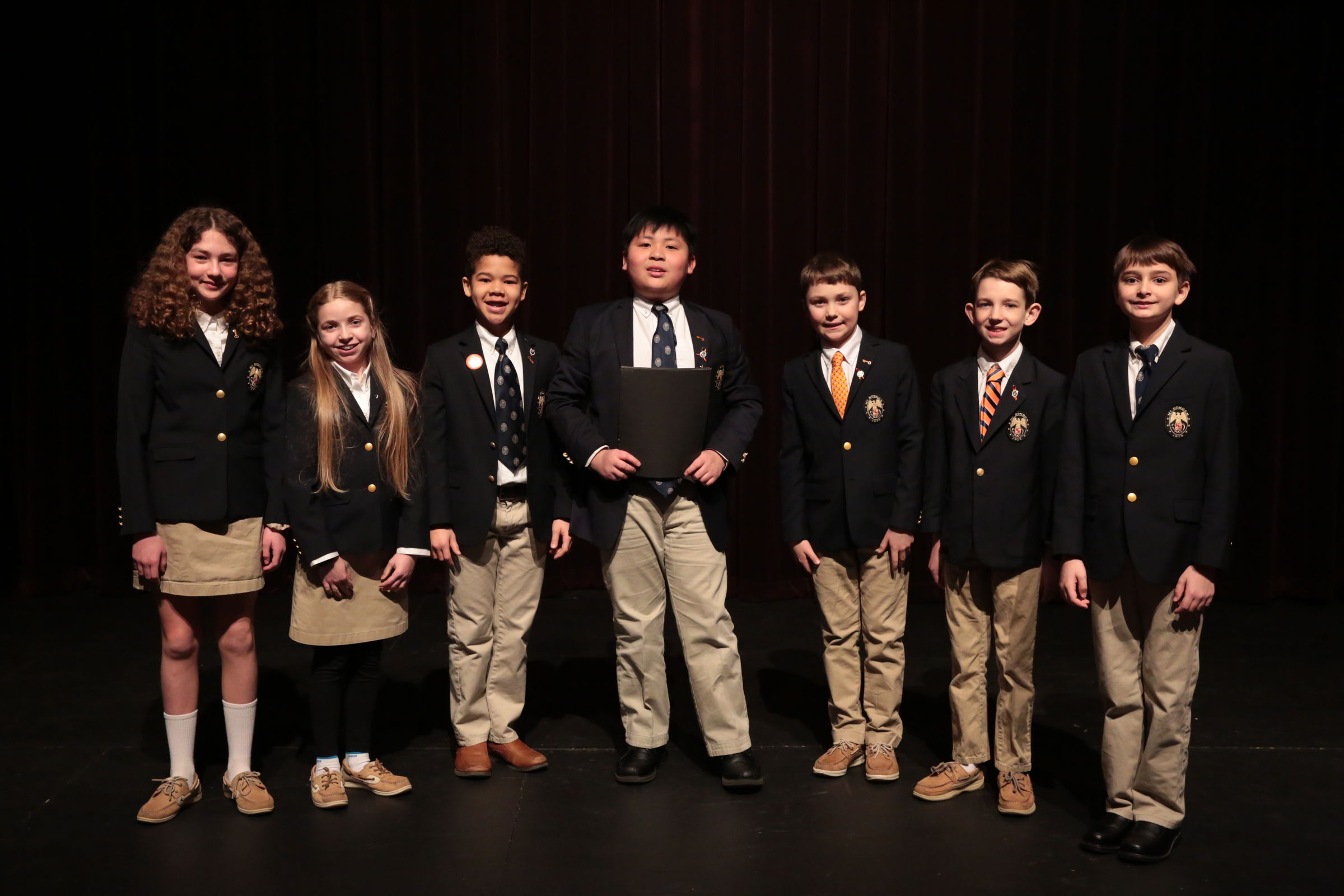 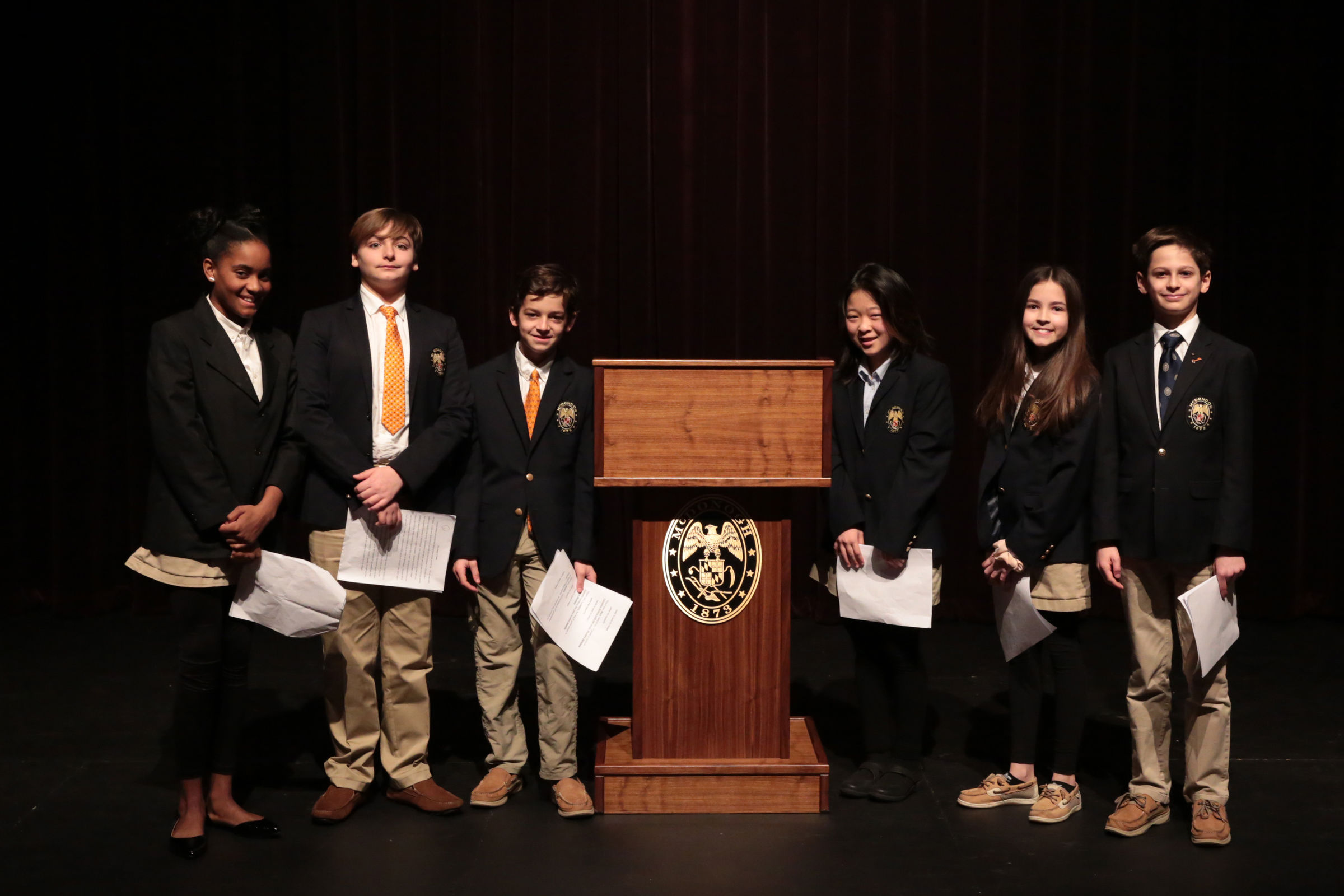 While public speaking always ranks high on lists of common fears, the students presenting in the annual Fifth and Sixth Grade Oratory were unphased by the task. The speakers, who took to the stage in the Ceres M. Horn Theatre on Friday, March 8 before an audience of their parents and peers, were calm, cool, and concise. Fifth grade emcee Philemon K. introduced the six finalists from his grade. Each student, William A., Abigail W., Duncan S., Charlie P., Zoe R., and Landon T., memorized an oratory selection, which they delivered professionally, demonstrating their aptitude for projection, expression, and effectiveness.

In sixth grade, each student writes his or her own oratory, as do seventh and eighth grade students. The students compose personal essays in the style of National Public Radio’s This I Believe… series. They write about what they believe to be true, based on personal experience. Sixth grade finalists Maxim F., Sandrine R., Mark C, Langston R., and Isabelle P. covered a variety of meaningful topics ranging from the serious, It's OK to Be Sad, to the comedic, Wild Monkeys Can Be Dangerous. Regardless of the topic, each speaker tackled their subject with conviction and confidence. Congratulations to all the speakers.