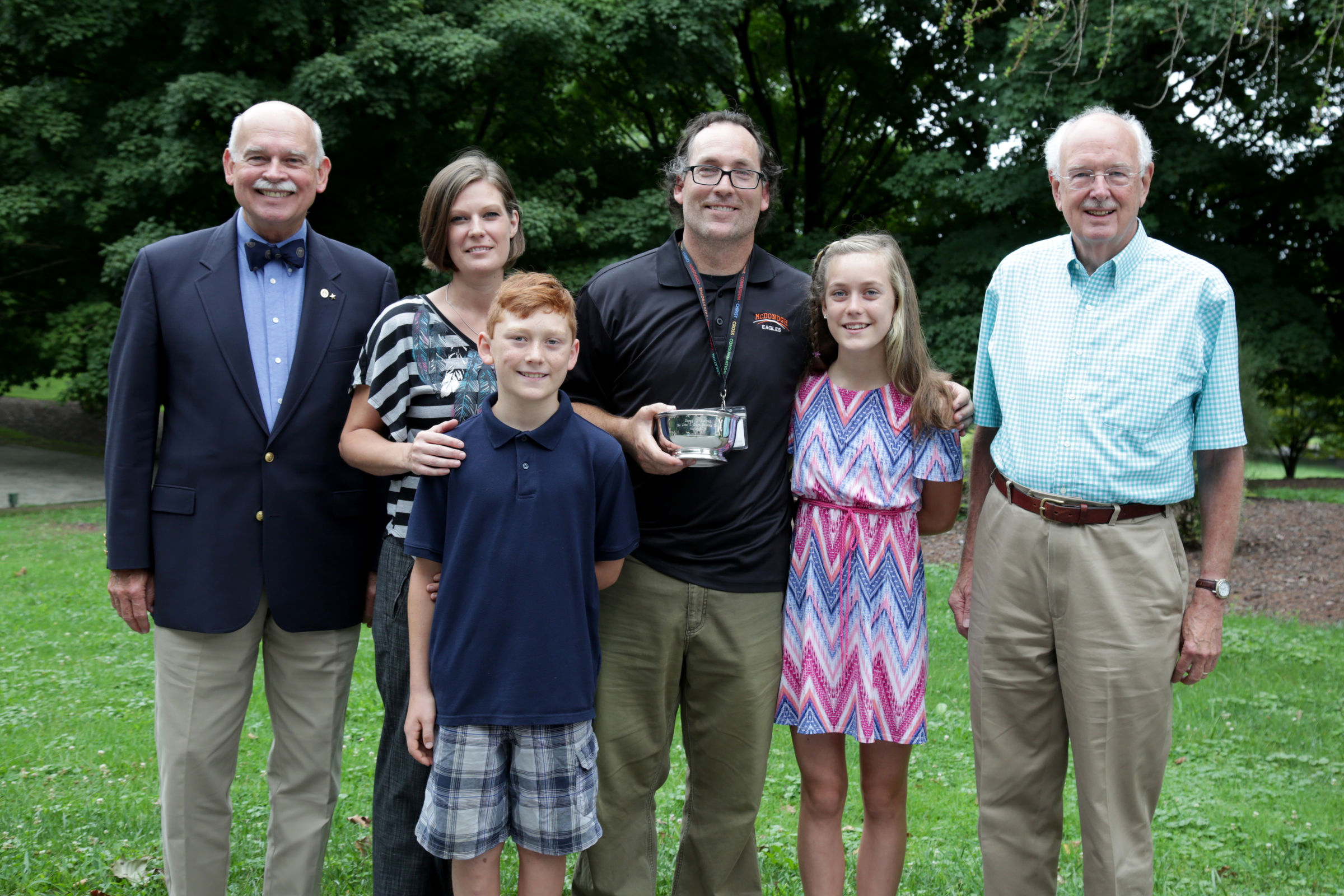 There are many things to like about the opening faculty staff meeting, that took place on Monday, August 20 in Tagart Memorial Chapel. There were “hellos” and hugs among returning faculty and staff followed by introductions of the 30 new members of the McDonogh Family. After a series of announcements and updates, Head of School Dave Farace ’87 switched gears to reveal the recipient of the John T. Grega Teaching Chair. Funded in 2003 by Vernon Wright '61 and his family, the chair recognizes Grega’s role as the moral and spiritual leader of the McDonogh Family for many years. In keeping with tradition, Farace kept the audience in suspense with his description of the recipient.

He said, “He is forward thinking and willing to take risks. He looks at education through a unique lens to find ways for students to enjoy learning and grow from their experiences in his classroom. He also searches for the right way to reach them through alternative forms of education. He not only guides students to understand the subject matter well, but he challenges them to know themselves. His lessons are well-planned, and students learn concepts independently as he coaches them from the side.”

When he noted that the recipient was a Middle School Science teacher known for dry ice explosions, rockets soaring above campus, and working with students to build a human foosball in the Makerspace, it was clear that the John T. Grega Teaching Chair was being awarded to Gregg Kleiman. The gathering of friends and colleagues could barely hold their applause as Farace enumerated Kleiman’s passion for his students, fellow teachers, his subject, the Makerspace, playing volleyball with eighth graders during recess, climbing, his faith, and his family. With his family by his side, Kleiman expressed his gratitude and love for McDonogh.

Seven endowed teaching chairs have been established at McDonogh. They have been named in honor of Dutch Eyth, Ray Oliver, Tom Harper, Charles Kinard, Doc Lamborn, John Grega, and the Rollins-Luetkemeyer Foundation.